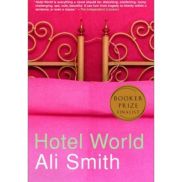 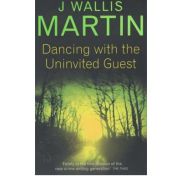 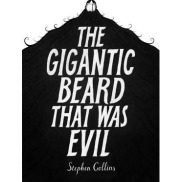 I think Gillian Flynn’s Gone Girl is a bit like marmite; you either love it or hate it. I am in the latter camp. I thought most of it preposterous but persevered with it as I thought that surely the ending couldn’t be as bad as you’d expect. How wrong I was because it was worse.
Anyway, this novel was part of my holiday reading last year when I had a holiday travelling around the Baltic.

Sophi Oksanen’s Purge is a bleak yet compelling novel set in Estonia with references to Finland and these were two of the three countries I spent time in during my holiday.
(read my review here)
When we did the KGB tour at the Sokos Hotel in Tallinn we learnt that during Soviet times Estonians would travel to the north of the country to ‘steal’ Finnish television signals when ‘blue’ movies were shown. We also stayed in the delightfully Soviet looking Hotel Parnu at the lovely Baltic seaside town of Parnu.
(This is worth an image)

Such odd memories of hotels reminds me of a novel set entirely in such a place – Ali Smith’s Hotel World. I listened to this a number of years ago while jogging on a treadmill at the gym…

…as I did Dancing With the Uninvited Guest by J Wallis Martin. Both of these novels were great to listen to and I wonder how they translate on to a page?

An obvious link here is a book with a similar title – Sadie Jones’ The Uninvited Guests. What is it with rambling old houses in isolated areas?
(read my review here)

The cover of The Uninvited Guests is beautiful, as is an embossed cover of The Miniaturist by Jessie Burton that I saw on Twitter.

If The Miniaturist is a serious and touching story, then the complete opposite in size and content would have to be the hilarious sounding graphic novel The Gigantic Beard that was Evil by Stephen Collins.

Find out more about the Six Degrees of Separation meme here.

5 thoughts on “Six Degrees of Separation #5”